If I only knew then what I know now 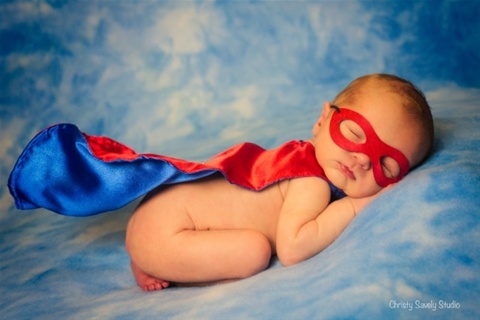 One of Noah's newborn photos.

When my babies were born, my mom gave me some great advice. She told me I should write down all the things that my kids did or said because she knew how easily I would forget. Like most great advice from my mom, I only halfway heeded it. I started a journal that I wrote in occasionally, but I was lazy. I wanted to. I really did. But life took over and the kids grew up. I found that journal a few months ago and read it. Although I hadn't written much, it brought back so many memories. Cherished memories that I had forgotten. It was really great advice, mom, so I resolved then and there to start a journal for Noah. This is how my blog started. I guess you could say I took this whole 'journal writing' thing to a whole new level. However, these random thoughts that I put to paper are not necessarily the things I want to tell Noah. They are just my thoughts. My coping technique. When he grows up, I want him to be able to see how much progress he made every year. So I decided to write him a letter on every one of his birthdays. I missed his first birthday, so this is his first annual birthday letter.

You came into this world much like you would spend your next two years. Very quietly. As soon as you were delivered, you were transferred to a little warmer with bright lights shining down in your eyes and the nurse started, very roughly I might add, to clean you off with towels. Your little eyes were swollen and your skin was tinged blue with the very typical cone head that newborns have. You looked around and let out a little grunt of discomfort, or perhaps irritation, at the fact the we had removed you from such a warm comfortable place. Your eyes darted around the room, trying to process all the information they were seeing. The lights were so bright. The voices so loud. I've always wondered if the process of being born is scary. What goes through an infants mind as they emerge from their watery, safe cocoon? Some enter the world screaming and thrashing about as if in pain, or at the very least, confused. But you, my little blue eyed wonder boy, were just the opposite. After your initial grunt of disapproval, you stayed really quiet. You were so quiet, in fact, that I think you had the nurses  a bit worried. I could hear them say "He's not crying." After a quick once over by the nurse, she gave you the OK and wrapped you up tightly in the little striped hospital blanket, put a tiny knit hat on your cone shaped head and placed all six pounds, nine ounces of you in your exhausted Mommy's arms. Your eyes began to focus on her face and your little tongue was jutting in and out, like a baby snake, as if you were tasting the air. It was one of the most beautiful things I've ever seen. You two, staring into each other's eyes. Both of you were exhausted but your Mommy was on cloud nine. You absorbed your mommy's gaze like a wildflower absorbs the sun's rays and gazed right back. Never making a sound.

The first couple of months with you were quite the roller coaster ride. Not because you were a difficult baby; just because you were a baby. You had a lot to teach us and we had a lot to learn. Your G-Paw and I were surprisingly out of practice and your mommy was just a beginner, and trust me; there's a big learning curve. Through all the attempts at diaper changes and people coming in and out and dogs barking and bottles that were just a bit too cold or a tad too warm, you remained calm. Crying only when you were hungry or wet. Never complaining about the amateur way you were being held or cared for. You were so patient with us while we learned how to care for you. Always sleeping best on G-Paw's chest. I would call you a "soap opera baby" because, just like the babies on TV, you were always so quiet and content. I remember watching those shows when my kids were babies and thought "That's ridiculous. Babies are never that quiet." But you were.

Around five months old, you started watching Sesame Street. A lot. We had to put a time limit on it because it was just too easy to let you watch it. It would keep you occupied for the whole 30 minutes. Without a peep. You would smile at the characters and even giggle at them occasionally. You would turn your head to follow the TV better than any toy or hand movement or person. We laughed about it and said how cute it was that you loved Sesame Street so much.

You started becoming mobile at around 7 or 8 months. You were starting to crawl and pull yourself up. You were giggling and playing and just being an all around great baby. But it was here that we started to notice. You weren't clapping yet. You weren't making eye contact enough. You weren't pointing yet. Something was off.

Over the next year and a half, the light inside of you started to shine brightly in our house. You lit it up with hilarious giggles when we played peek a boo with the stuffed Elmo. You would shriek with delight at the sight of bubbles and slides. You learned to walk and then you learned to run. And climb. Boy, did you learn how to climb. Going outside became an insatiable daily desire. You became obsessed with anything that had to do with the alphabet or numbers. You even learned how to put a whole ABC puzzle together by the time you were 18 months old. We were so proud of you! But you still wouldn't talk.

Somewhere in there, we took you to see a doctor and he told us about your autism. At first, we were very sad about it. We didn't know what it meant. We were scared. But soon, we learned how to take care of you and you worked hard for us. You patiently went to every therapy appointment twice a week and improved in so many ways. You learned how to use some sign language and point for things you wanted. You started to make a little more eye contact. You learned how to lead us where you wanted to go by grabbing our finger and taking us there.

And you learned how to fly.

You have taught this family more things in these two short years than most people could even conceive.

You've taught us a whole new level of patience.

You've taught us to trust ourselves more than we already did.

You've taught your Mommy that she is stronger than she ever knew.

You've taught us that a diagnosis of autism isn't the end of the world.

And you have taught us all to fly.

And you know what;

I wouldn't change a thing.

We love you, Noah.

Just the way you are.

Your Mommy adores you.

Your G-Paw thinks you hung the moon.

And I think you are just about the sweetest baby in the whole wide world.

And as I listen to your heart felt, deep down belly laughs coming from the next room because of tickles from your mommy, I know you have so much more to teach us. You have so much to teach the world. And we all can't wait to learn.